All you need to know about renewable heat! 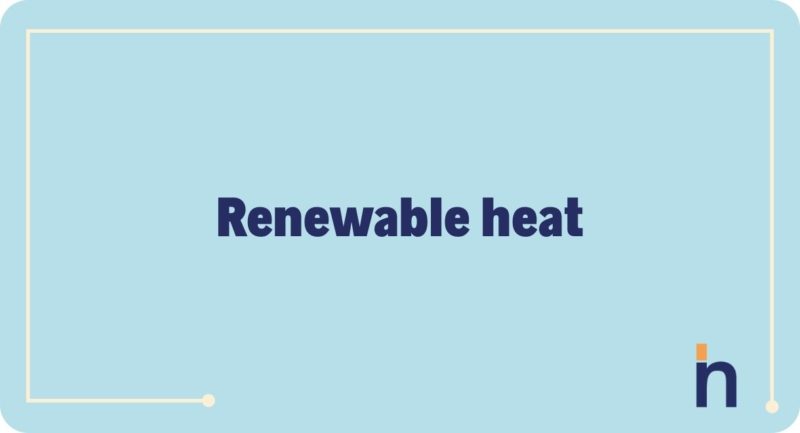 What is heat? What is its share in global energy consumption? What is at stake in its production? How can it be qualified as “renewable”?

We explain it all to you!

The need for heat accounts for half of the final energy consumption!

What is this final energy consumption?

It is the total energy consumed by end-users such as households, service companies, industry and agriculture. In other words, it is the last link in the chain, the last state in which energy is used for its final transformation into movement, heat, cold or light for example. 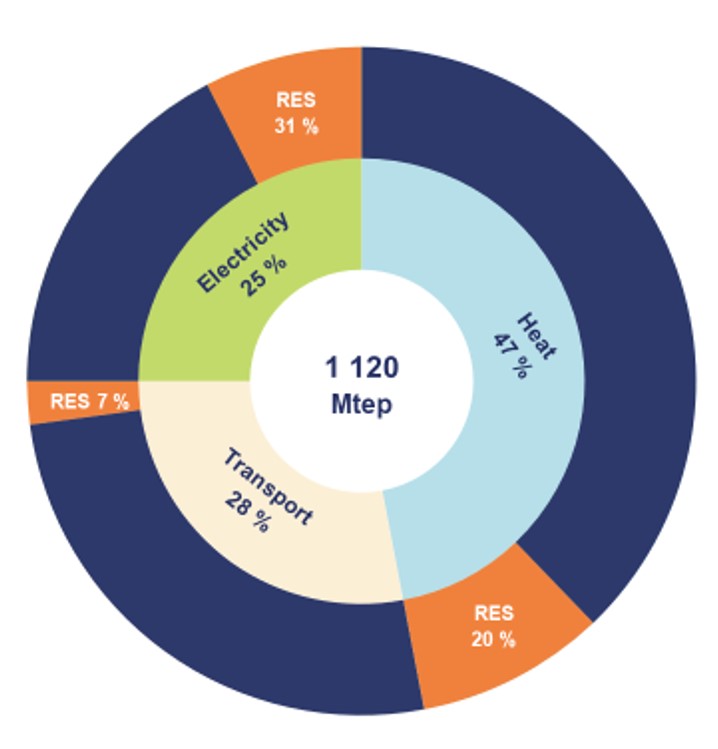 Here is the breakdown of final consumption in the European Union between the main energy uses: electricity, transport (cars, trains, planes, etc.) and heat.

The use of energy in the form of heat represents more than 47% and is the major consumer of primary energy consumption (a primary energy source is a form of energy available in nature before any transformation).

At Newheat, what is our view of this situation?

Heat, otherwise known as “thermal” or “calorific” energy, represents 50% of humanity’s energy needs, and 80% of it is produced by fossil fuels: it is time to act!

What is the use of heat?

Heat consumption can be broken down into 2 main uses:

Heat used in the industry:

In the industry, most of the processes involved in creating a product or transforming a material require the use of heat energy. For example to cook, melt, dry, etc.

We only have to look around us to find products that all require a lot of heat for their production: metal, plastic, wood, paper, glass, plaster, foods, chemicals, bricks, etc. Nothing (or almost nothing) is produced or transformed without thermal energy. 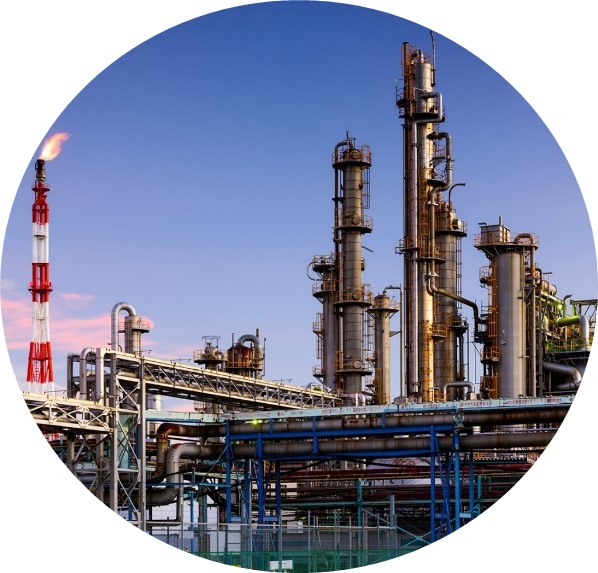 To better understand the challenges of these industrial heat needs (which in the European Union represent 47% of heat consumption), it is important to note that they vary greatly depending on the industrial sector, particularly in terms of intensity (volume) but also temperature level.

Heat used for buildings and housing:

Heating needs of buildings and housing correspond mainly to home heating, but also to the production of domestic hot water and cooking for food. They represent 48% of the heat consumption in the European Union and are mostly composed of “low temperature” heat needs.

For those who have been following the story so far, the remaining 5% of heat consumption, apart from industry and buildings and housing, is mainly in the agricultural sector. 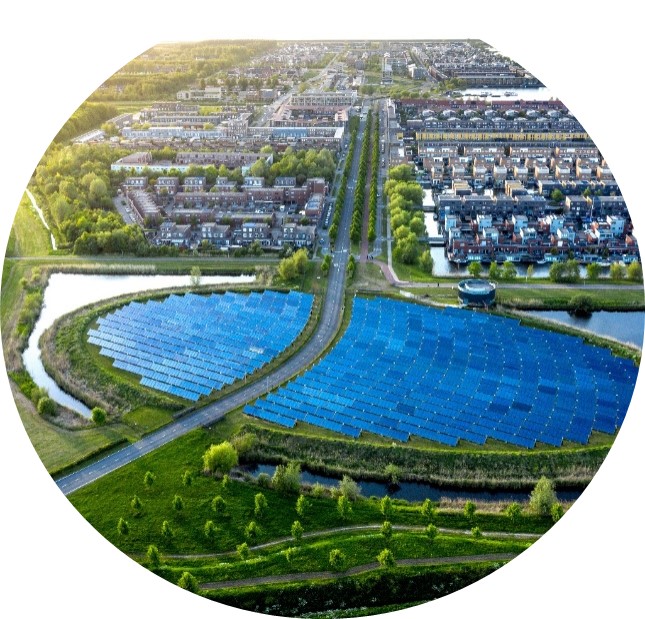 Now, what exactly is renewable heat?

Before addressing what is considered “renewable” in heat production, it is important to talk about the only energy that is absolutely neutral for our environment: the energy we do not consume!

Indeed, before trying to produce thermal energy in the most virtuous way possible, the first thing to do is to reduce its consumption. No heat production solution, however renewable, will have a zero impact on the environment: the construction of these “renewable” power plants will inevitably require the consumption of raw materials and other energy resources.

The first action is to reduce energy consumption

This saving of thermal energy can be achieved in many ways: by improving the insulation of buildings and housing, or by improving the processes of industrial sites, for example by recovering the energy that is sometimes lost during an industrial process (uninsulated furnace, hot combustion air evacuated to the outside at 200°C…).

It is also possible to recover the thermal energy released during the combustion of a waste product that needs to be disposed of (the most common example being the case of Waste-to-Energy Units (WTEU), which burn our household waste). This is what is known as waste heat, recovery and recycling.

Yet once we have saved and recovered this energy, we still need to provide heat from a primary source to run our factories and heat our buildings and homes.

Renewable heat is a term used to describe a number of very different technologies, all of which have proven their relevance and effectiveness.  They all need to be developed to reduce our dependence on fossil fuels and reduce our impact on the environment:

Well then what is Newheat doing in favor or renewable heat?

We aim to contribute to the development of the most virtuous renewable heat sources, in order to offer an energy alternative to build a sustainable future.

You can now have a look at all our solar thermal power plant projects. They are already supplying reliable and competitive heat, without any CO2 emissions, to district heating networks and industrial sites worldwide!

I check Newheat's projects
Back to Blog

By continuing to browse this site, you agree to our use of cookies in order to optimize the quality of our service.